It’s a lesson many large companies, most notably BP, have learned the very hard way. You might do everything right during a crisis, but a badly chosen sentence can make all your efforts worthless, at least as far as public perceptions go. The federal government learned that tough lesson again as it sought to help devastated Puerto Ricans survive after the destruction of Hurricane Maria.

The current hurricane season should confirm our worst fears about climate change, but also our highest hopes about our government’s ability to respond to natural disasters. Twelve years ago, when Hurricane Katrina devastated New Orleans, some government policies hampered relief efforts. When the civilian government asked the military to help out, paperwork held up responders for four days. And ordinary citizens eager to lend a hand were told to stay away.

The Feds learned from the past. This year, they watched the weather and submitted the necessary requisitions for military assistance well in advance so no one would have to wait while a request was approved. This time, helpful citizen volunteers were encouraged to pitch in, leading to the famous “Cajun Navy” rescuers after Tropical Storm Harvey. The multiple disasters of Harvey, Irma, José and Maria caused unimaginable devastation on American soil. That’s especially true in Puerto Rico, where the entire island still lacks clean water, electricity, food, and roads. But the Federal Emergency Management Agency (FEMA) is working with local governments as never before to alleviate suffering and help people survive.

It should have been a public relations win for an administration that could use one. But it all came crashing down when Acting Secretary of Homeland Security Elaine Duke said this during a TV interview: “It is really a good news story in terms of our ability to reach people and the limited number of deaths that have taken place.”

Duke was strikingly lacking in emotional intelligence, but she wasn’t wrong on the facts. People who’ve had no electricity for a week, can’t get diesel to run their generators, are running out of food and can’t go find more because of thigh-high putrid water in the streets certainly need more help than they’ve gotten so far. But given the storm’s magnitude and the fact that the nation was already recovering from two massive hurricanes before it hit, the response and the relatively low death toll have both been impressive. If only she hadn’t said those three little words: Good. News. Story.

When CNN played the clip on the air for San Juan Mayor Carmen Yulín Cruz, her understandable response was outrage. “Damn it, this is not a good news story! This is a people are dying story,” she said. “This is a story of a devastation that continues to worsen.”

Duke, to her credit, tried to make things better by heading to Puerto Rico where she reviewed conditions on the ground and walked back her earlier statement that she was “very satisfied” with relief efforts. But meantime her boss was on Twitter, lashing out at Cruz.

…Such poor leadership ability by the Mayor of San Juan, and others in Puerto Rico, who are not able to get their workers to help. They….

…want everything to be done for them when it should be a community effort. 10,000 Federal workers now on Island doing a fantastic job.

Predictably in our divided, cantankerous nation, commentators from the right and left began piling on the invectives. And so what could have been an inspiring tale of horrific devastation followed by effective and well-organized rescue efforts devolved instead into hostility and name-calling. All because of three words spoken off the cuff, and chosen without sensitivity. There’s a lesson there for every leader.

E-book nerds, rejoice! More than 300,000 titles are now available for download on your smartphone, for free if you have a New York Public Library card.

The Big Apple’s biggest book lender released a new app this summer, SimplyE, that has everything from the classics to A Song of Ice and Fire and even titles in Latin (and most modern languages, too). While many libraries have offered e-books for years, most of them don’t have collections quite as sizable in a single app.

SEE ALSO: This book nerd painted her staircase to look like her favorite books

Salesforce named Amazon Web Services as its preferred public cloud provider for services like Sales Cloud, Service Cloud and App Cloud, expanding an existing partnership to provide the backend for the software-as-a-service provider.

AWS already hosts several Salesforce services like Heroku, SalesforceIQ and the recently announced IoT Cloud. This latest deal will help Salesforce to expand internationally without having to build its own data centers to comply with local data sovereignty laws.

That’s important as Salesforce tries to pick up more customers in countries that have strict requirements about where data is stored. Salesforce isn’t the only company to turn to AWS in this capacity: Dropbox will store data with AWS in Germany starting later this year. 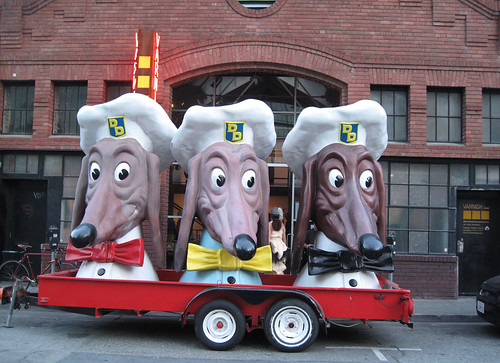