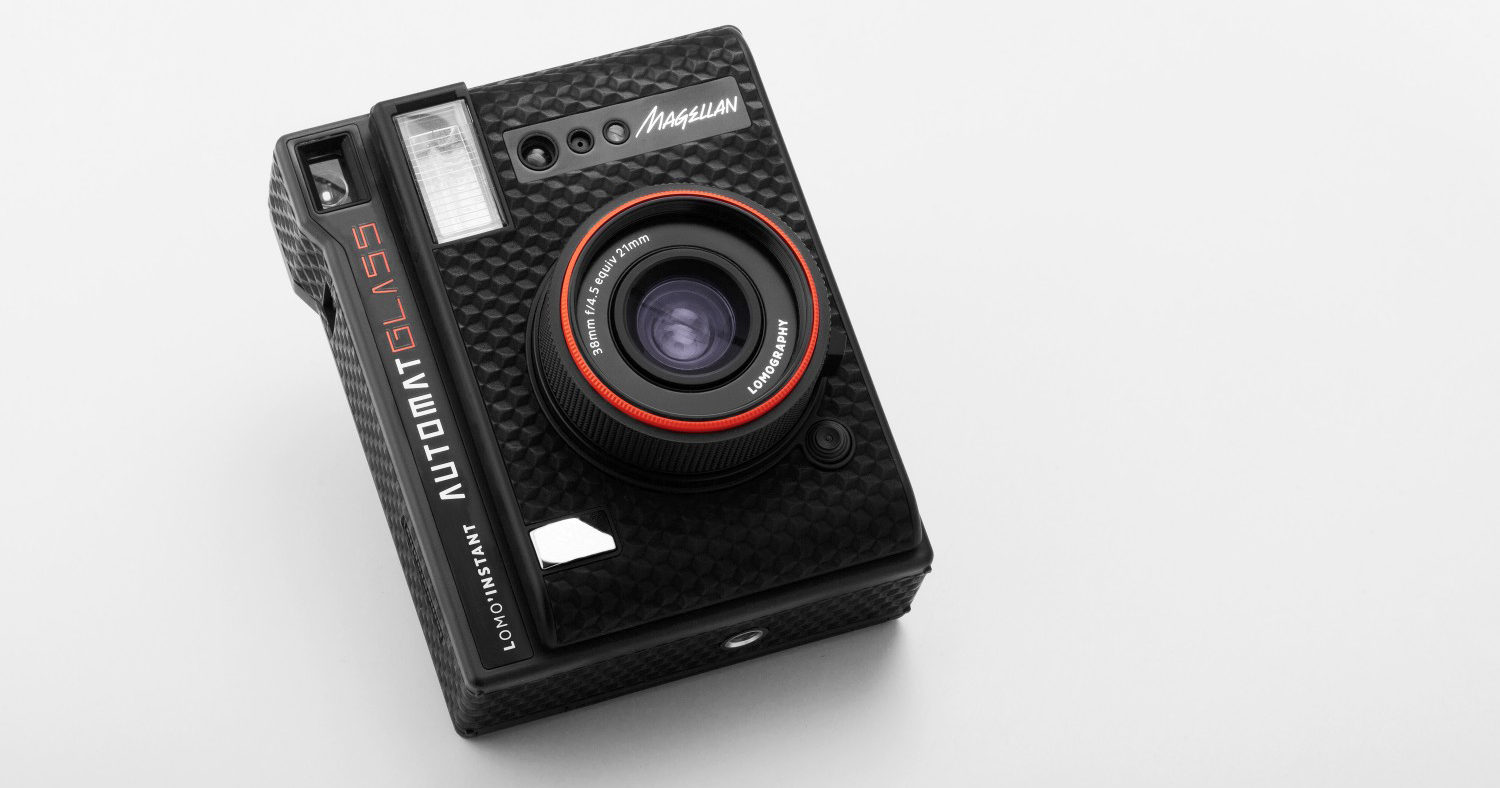 Fujifilm’s instant film is incredibly fun to shoot. It’s just too bad that many of the cameras Fuji makes are aimed squarely at tweens instead of photo buffs. Even the best of Fuji’s lineup, the Instax Mini 90 Neo Classic, has limited features and an underwhelming plastic lens. That’s where Lomography’s latest instant camera flips the script.

What Lomography has done is hitch its easy-to-shoot automatic exposure system (previously used in the Lomo’Instant Automat) to a wide-angle multicoated glass lens. Translation for non-shutterbugs: clearer, better landscapes and selfies.

Viewfinder feels cramped in use. CR2 photo cell batteries not included. Instax Mini film is still a tiny canvas to work on.

This new Lomo’Instant Automat Glass Magellan has the widest-ever lens on an Instax-compatible body from Fujifilm or anybody else. Its 38mm f/4.5 lens is a noticeable upgrade, especially if you’ve ever used one of the cheaper Fuji cameras.

In my time with the Automat Glass, I shot plenty of excellent-looking pics with great color and contrast. Even when using Fujifilm’s monochrome film packs, the little Lomo camera kicked butt and produced some striking images. The business card-sized Instax Mini shots are still a little small when compared with Polaroids of yore, but the affordable film price (if you buy 60-pack, you can spend as little as .61 cents per shot) makes it easier on the wallet.

Despite its improved lens, Lomo still encourages you to mess around and experiment. In the box, you get color gels for the flash and a nifty multiple-exposure lens cover they call a Splitzer. The camera’s controls are minimal, so it’s an uncluttered experience. My favorite features include 1-stop exposure compensation setting, bulb exposure option, and a lens cap that doubles as an infrared remote clicker.

Its design, then, makes up for what seems like a surprisingly un-quirky Lomo camera. Its black exterior is coated in a dimpled rubber that feels nice to hold onto while an orangey-red motif lends the camera attractive pops of color.

Where the Automat Glass Magellan doesn’t improve upon Fujifilm’s shortcomings is with its tiny viewfinder. Maybe I’ve been spoiled by the bright, SLR viewfinder in the vintage Polaroid SX-70, but no Instax camera has given me a satisfactory experience. You’ll still need to compensate for the offset in order to get your shot lined up so may be some trial-and-error at first. Especially when shooting with the included close-up attachment, beware that what you see in the viewfinder won’t be what you get in the finished picture.

Moreover, I was presented with a frustrating Christmas morning-like experience when upon opening the Lomo’Instant, I discovered that you need to supply your own batteries. The camera’s batteries are CR2s, rather than the more common AA or AAA size. You’ll want to stock up before you shoot, just in case your nearby Walgreens doesn’t sell them.

If I were in the market for an Instant camera, I’d have a really hard time deciding between this Lomo model and the Fujifilm Instax Mini 90 Neo Classic. That camera is not only cheaper, but it runs on a rechargeable battery (included!) and its collapsing lens makes it a little easier to tote. The Lomo’Instant Automat Glass Magellan won me over with its wide-angle view and fun extras. And, given that Leica’s competing Sofort cameras are nearly $ 300, I can’t whine too much about the Automat Glass’s $ 189 price tag.

Sure, there are drawbacks, but on the whole, they’re shared across the ecosystem of Instax-compatible cameras. If you have the extra money, I think that Lomography has produced a camera that retains some quirkiness but delivers improvements you can’t get from Fujifilm’s models.

When you buy something using the retail links in our product reviews, we earn a small affiliate commission. Read more about how this works.