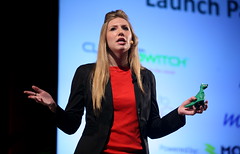 Question by rate this answer: how would athiests explain this?
Biblical Archeologist Ron Wyatt says that he has found the wheels of the Egyptian chariots under the Red Sea, (where the chariots of Pharaoh ended up according to the Book of Exodus,)proof of the existence of Joseph, Sodom and Gomorrah and more.

Left according to Wyatt and his researchers is one of a number of gold chariot wheels located under the Red Sea.

“They were covered in coral, which made it difficult to see them clearly, but it appears that the coral was the agent the Lord used to preserve them.

So far, this coincided with the Biblical account. They found several 6-spoked wheels, as well as an 8-spoked wheel. And finally, in 1988, Ron found the 4-spoked gold chariot wheel, which looks almost perfect. The reason this one was so well preserved is that coral does not grow on gold. The wood inside the gold “veneer” was deteriorated, which made it very fragile and for that reason, he has not attempted to retrieve it from the water.

The significance of these wheels is of extreme importance to the dating of the Exodus and determining which dynasty was involved.”
if there were boats wouldn’t they have found boats around the chariot wheels and I would think they would have more than just chariot wheels to trade

Answer by koko
1) Archaeologists aren’t always right. \
2) Your question is LOOONG, but I read it
3) Wheels don’t prove Exodus, it just proves the existence of a chariot

17 thoughts on “Q&A: how would athiests explain this?”